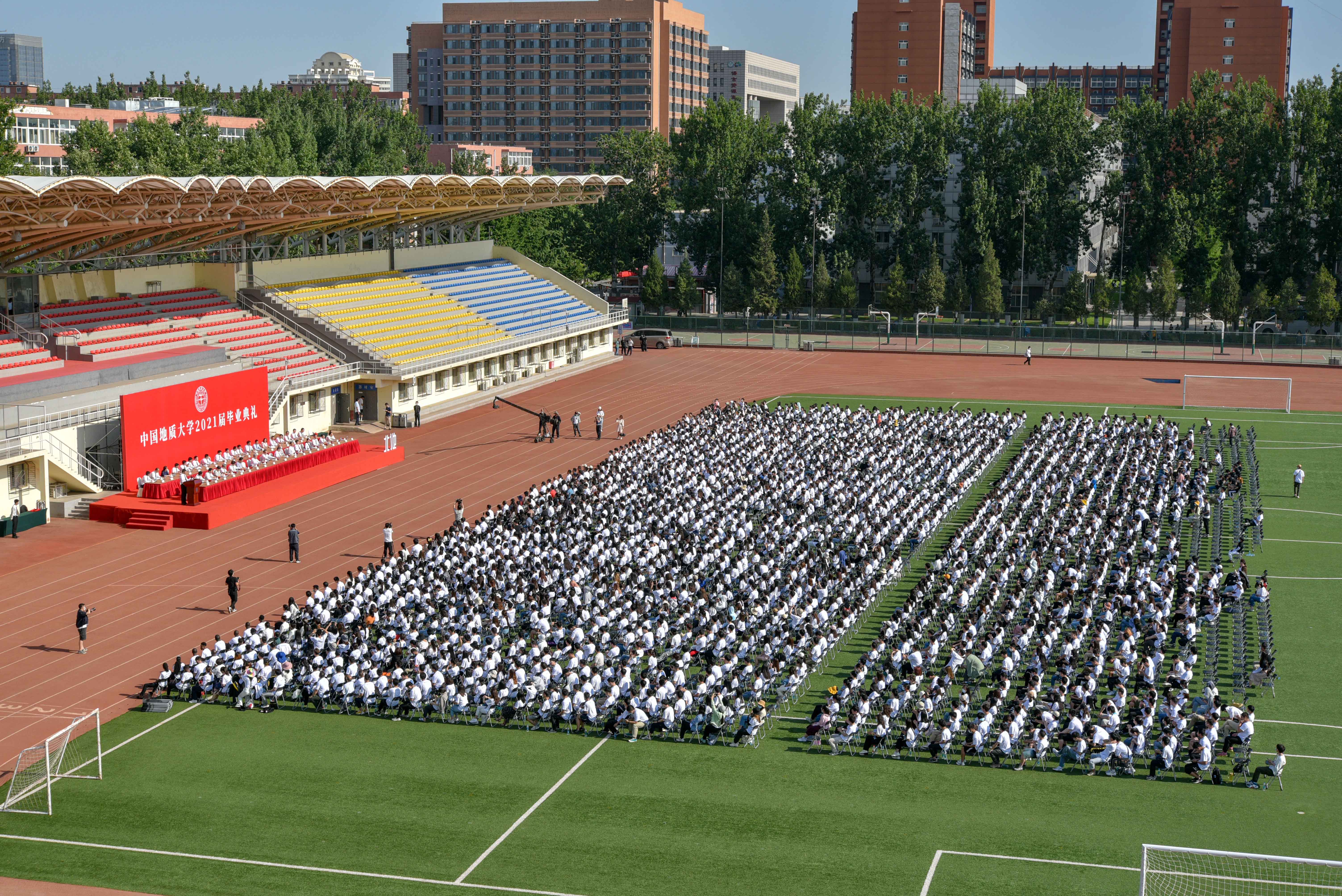 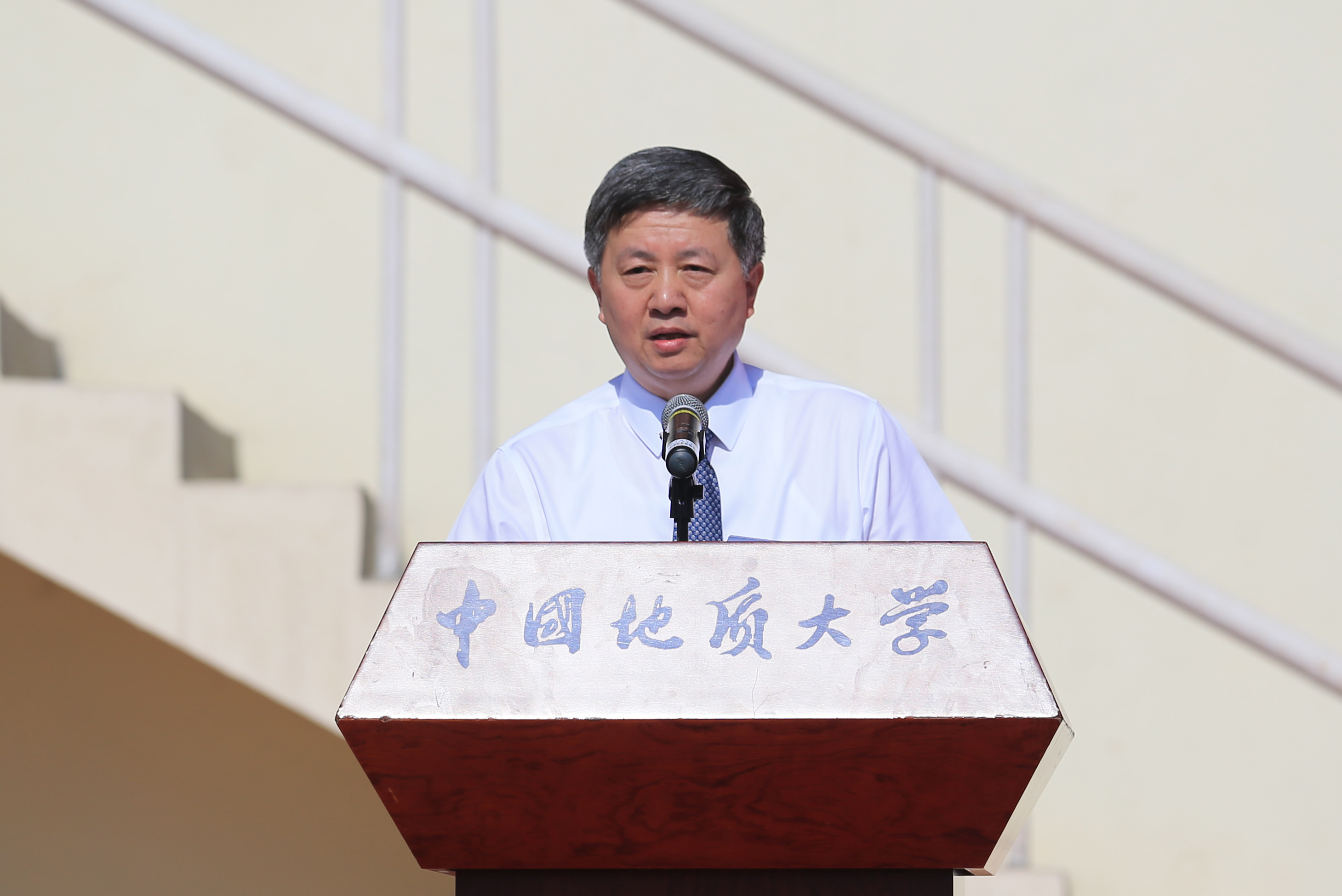 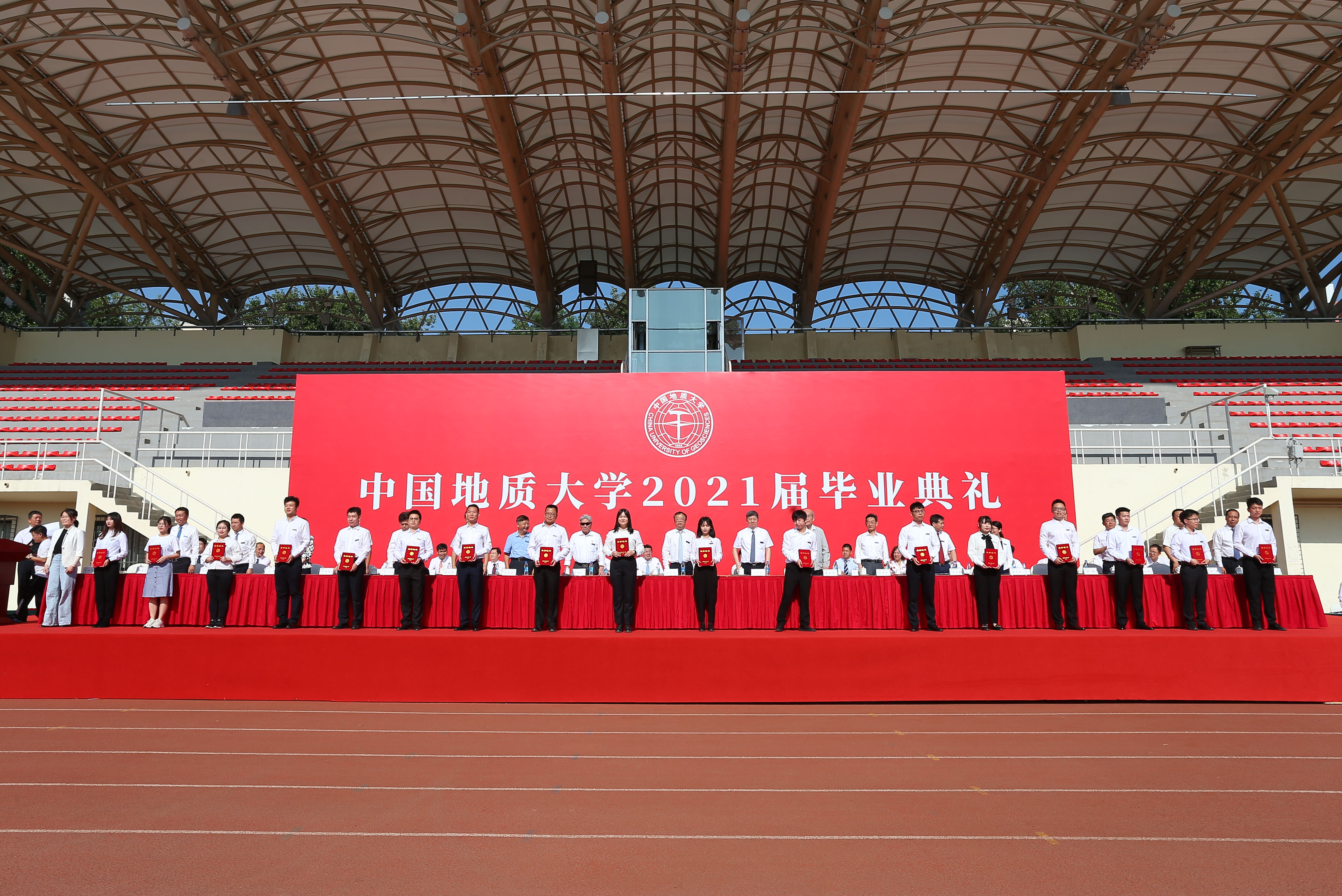 Awards for the Outstanding Graduates in Beijing 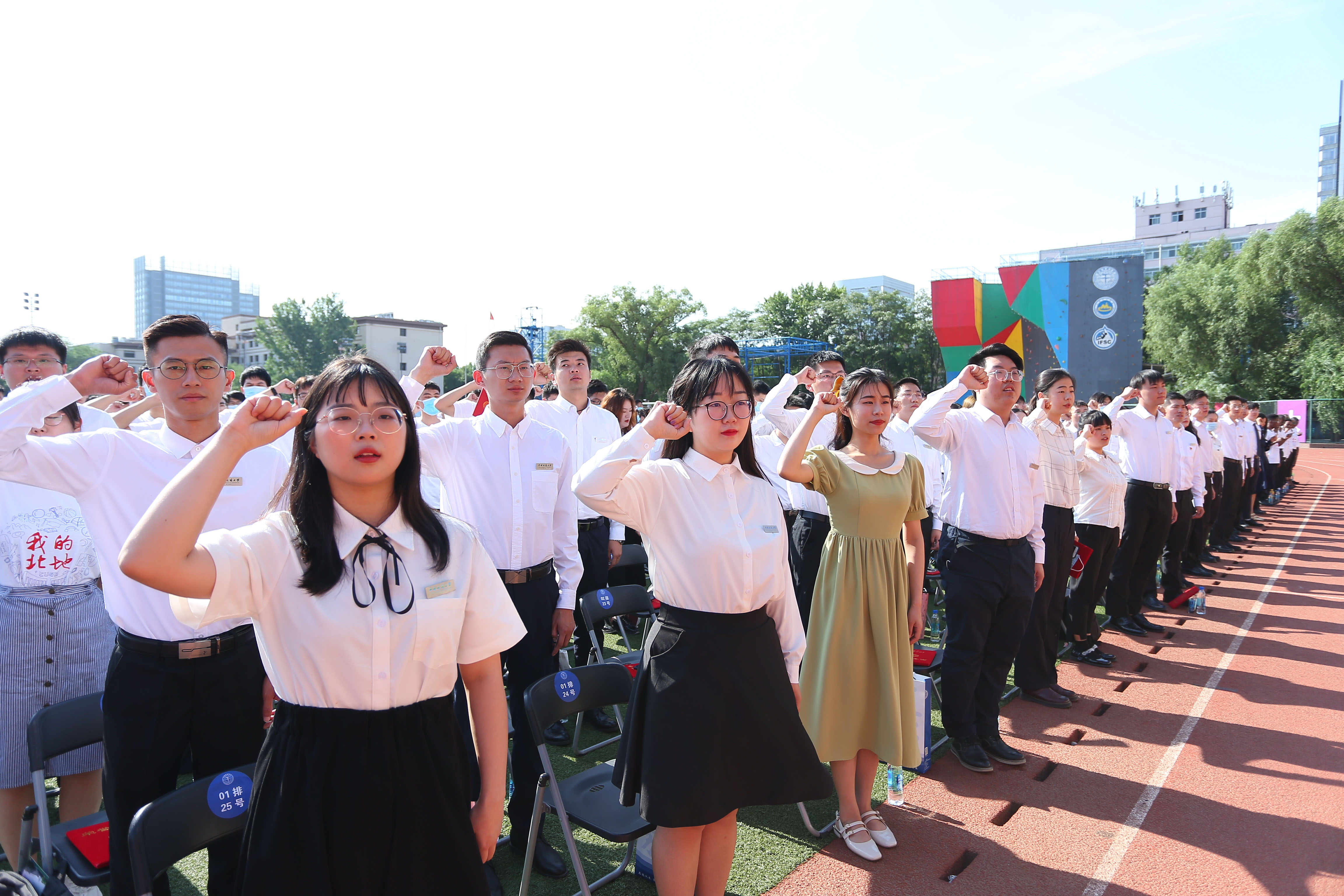 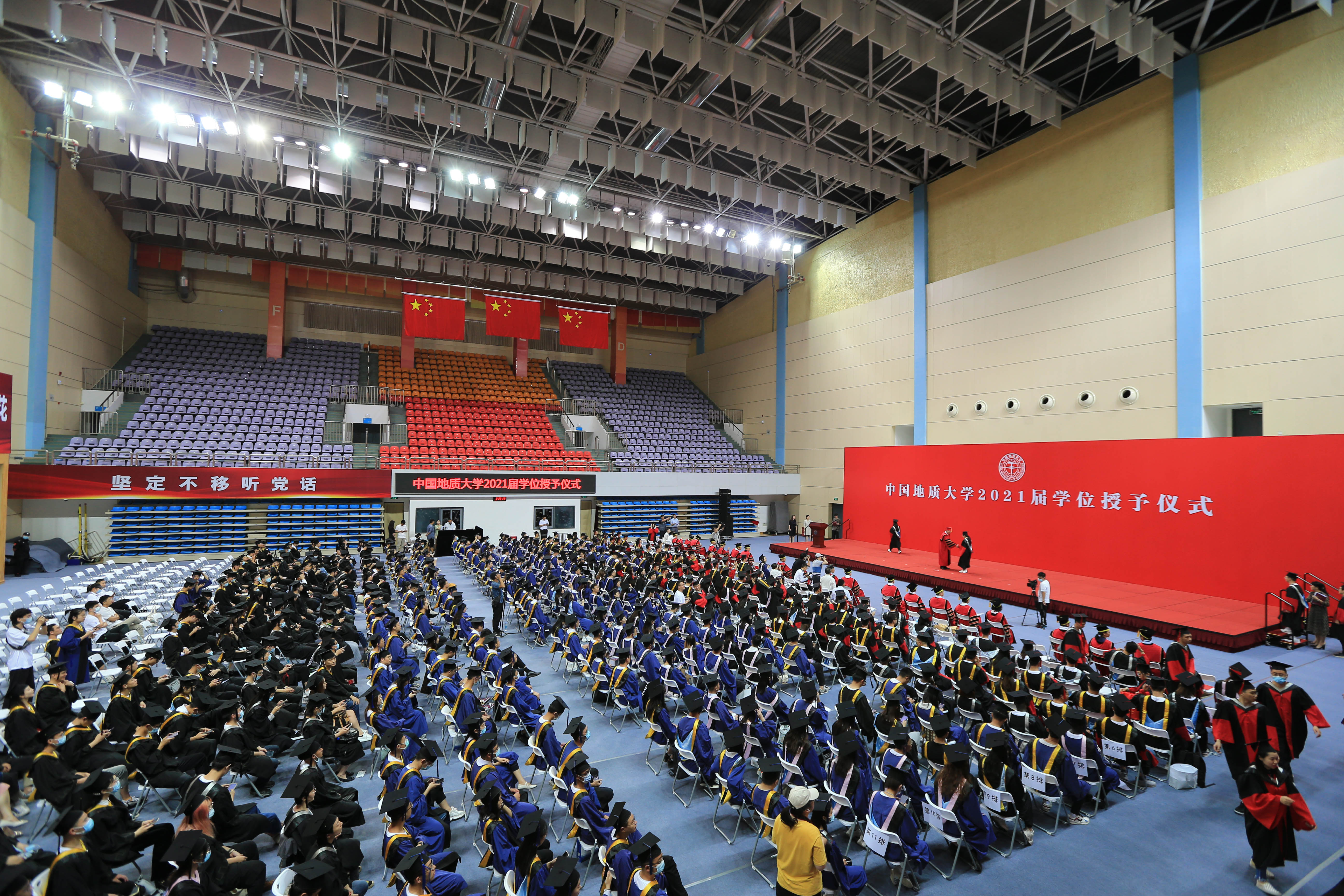 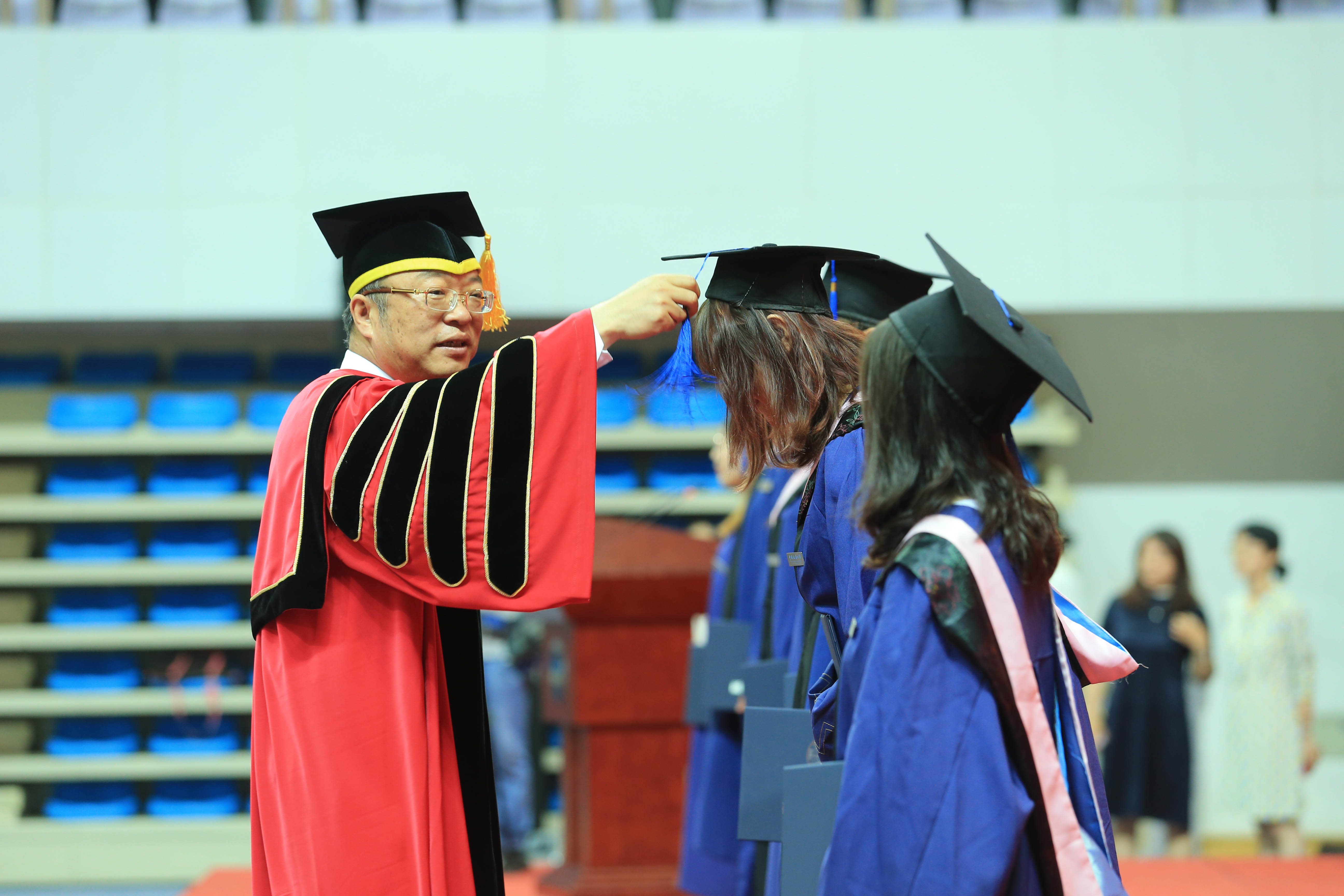 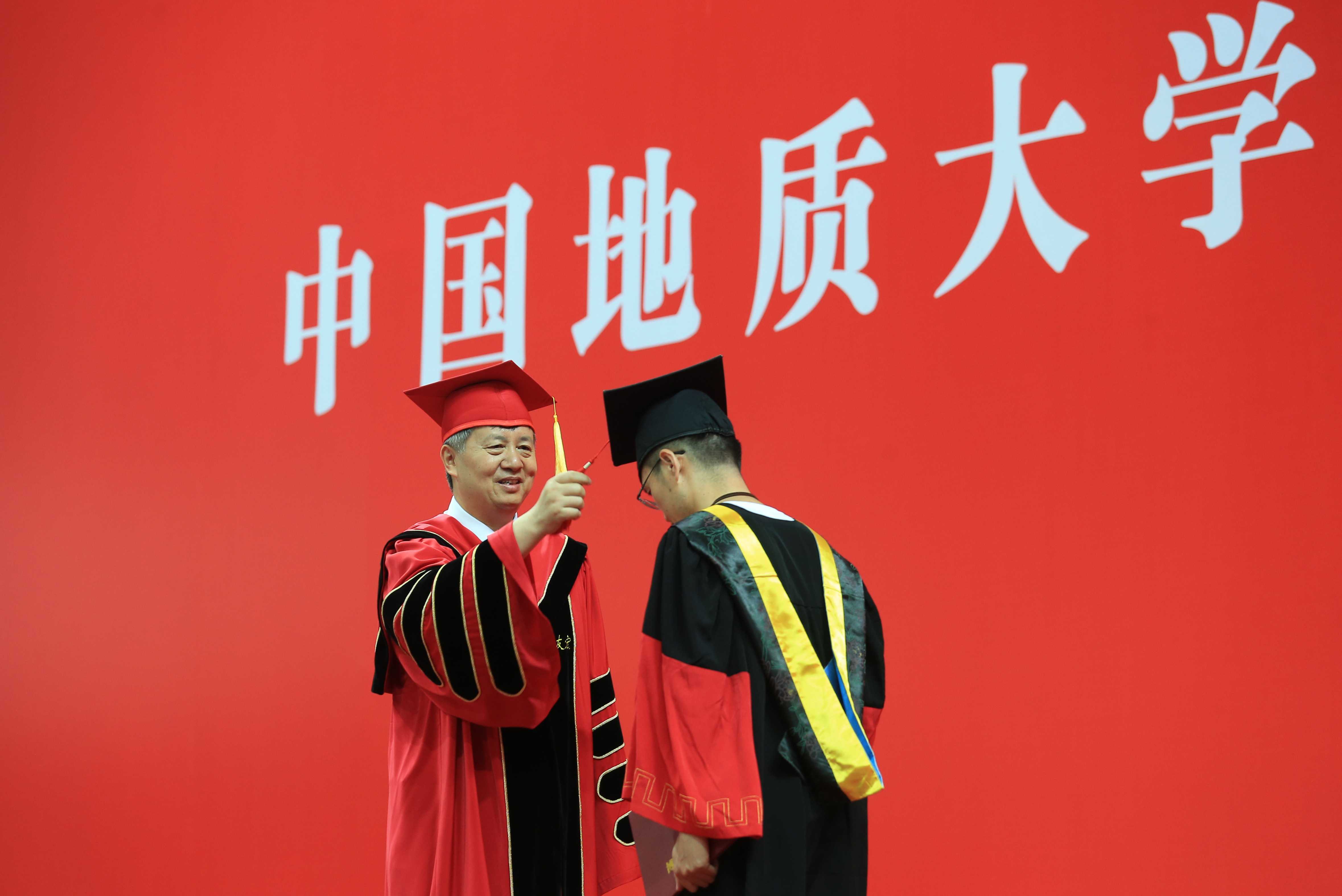 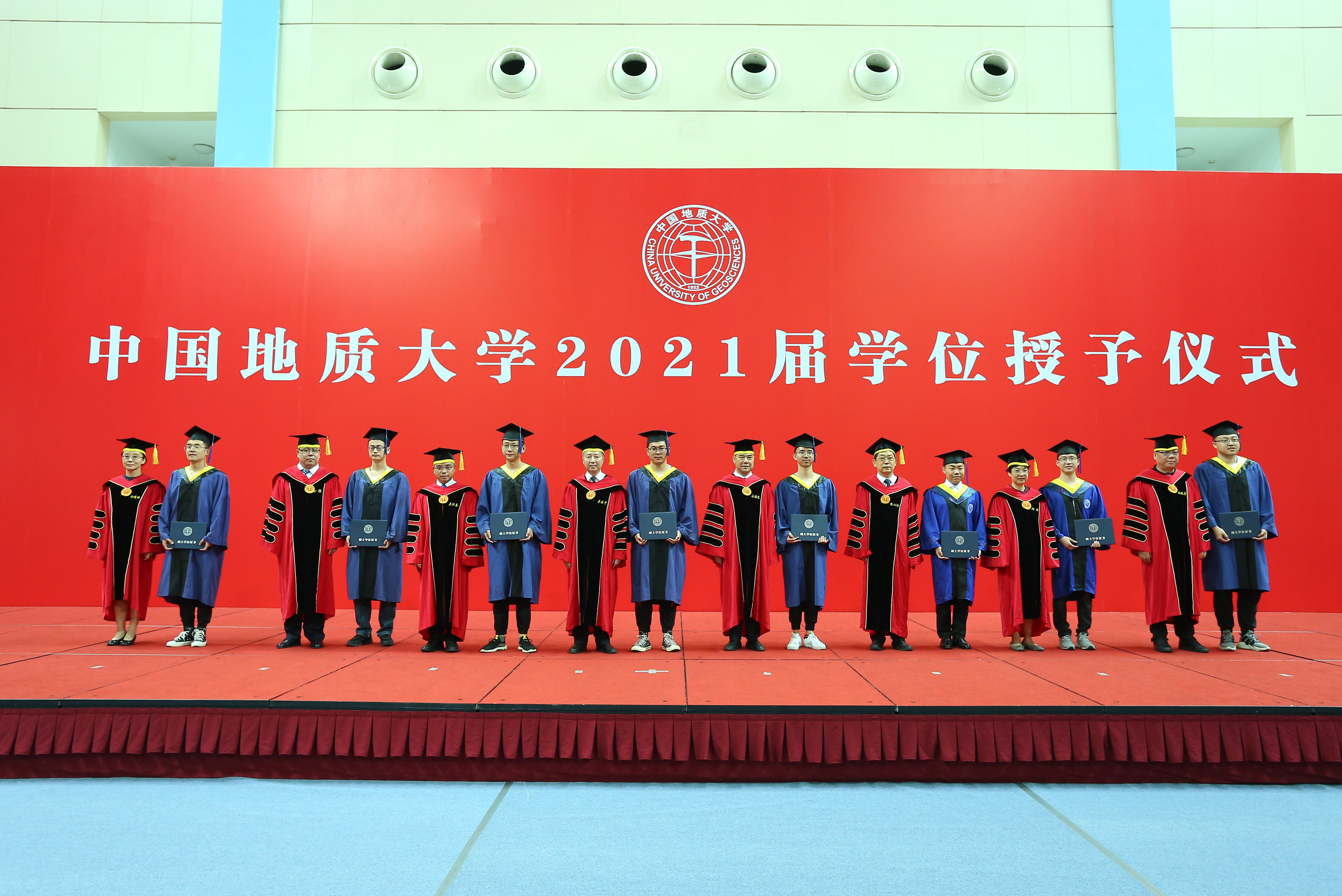 On the morning of June 21st, the 2021 Graduation Ceremony and Degree Awarding Ceremony was held grandly in CUGB.

The commencement ceremony officially began with the solemn national anthem. Vice presidents Wan Li and Liu Wei read out the graduation decisions of graduate students and undergraduates respectively. A total of 10,805 graduates were granted this year, of which 157 received doctoral degrees, 1,837 received master's degrees and 3,673 received bachelor's degrees.

At the graduation ceremony, Vice President Wang Guosheng read out the decision to honor outstanding graduates from the class of 2021 and those who will work at the primary level in western China. 221 students were awarded Beijing Municipal Outstanding Graduates, 353 students were awarded school-level Outstanding Graduates, and 217 students will work at primary level in western China. University leaders and guests presented awards to representatives of outstanding graduates and representatives of graduates who will work at the primary level in western China. Appointment letters were also presented to alumni liaison representatives for the class of 2021. Vice President Liu Dameng and Deputy Party Secretary Dong Zhaoxia received the graduation stone presented by the graduates on behalf of the university. CUGB has custom-made a graduation commemorative ring for each member of the class of 2021. Vice President Duan Xiang presented the graduation rings to the representatives of the graduates, hoping that the graduates would have a sense of precedence in their actions, and a sense of love in their heart; and have the courage to explore broad rivers and high mountains, and compete with brilliance of the sun and the moon.

Yuan Yi, the representative of the graduates, shared her story of development in CUGB, and recalled that "the days in CUGB are like a wild goose waiting to fly, basking in the rain, dew and sunshine in the cradle". Facing the coming new journey, she is ready to fly high, strive for progress and contribute her youth strength.

Wang Shuijiong, the representative of faculty encouraged all graduates in his speech to know themselves, not to forget their original aspiration, keep on learning, and make up the shortfall, and wishes was expressed for splendid prospects for the graduates. He also expect them to keep in heart the spirit of looking up at the sky to climbing the peak, while keeping down to earth into the future, and always maintain a sense of responsibility, self-motivation and normalcy.

Mr. Zhang Minggui, the 2008 alumni representative, Party Secretary of New Hope Group and Executive Chairman of New HOPE Liuhe Co.,Ltd, encourages every graduate to struggle and persevere with his own story of how he pursued higher education and started his own business. He also cherished the graduates to value youth and create their own extraordinary lives with hard work.

President Sun Youhong expressed his greetings in his speech to the 50 graduates who were unable to attend the graduation ceremony due to the epidemic last year. He said that he would keep his promise to make up for the regret by personally turning tassel for them. Sun Youhong thanked every graduate for the unforgettable time of growing up with CUGB and forging ahead with the motherland. On the occasion of parting, he sent a message to all the graduates: First, we should dedicate ourselves wholeheartedly and cultivate the feelings for our country. Second, we should worship virtue and improve our ideological realm. Third, we must forge ahead with determination and enhance the consciousness of innovation. Fourth, we must be diligent and pragmatic and carry forward our work ethics. “Standing in a new period of historical convergence, your journey is a sea of stars. Standing at the new starting point of life, you will all become the surging 'waves behind'. ” He hoped that every graduate can become an aggressive youth of The Times and write an extraordinary life story.

"Remember the teachings of your professors, inheriting the glory of Alma mater; adhering a realistic spirit, and gathering energy for innovation. To compose the spectrum of the earth's glorious chapter with the thick ink of the earth. Shake the wings to faraway lands, and regard responsibilities as one’s duty. Save the world and fight for the prosperity of the country and the people. The earth as witness and time will testify our efforts.” All the graduates made an agreement with their Alma mater in a solemn graduation oath. Struggle, struggle! Resonance with the spirit of the Times, born in a prosperous era, and shouldered the historical mission, the graduates will definitely make the gorgeous flowers of their youth blossom for their motherland, nation, people, and all human beings with their unremitting endeavor.