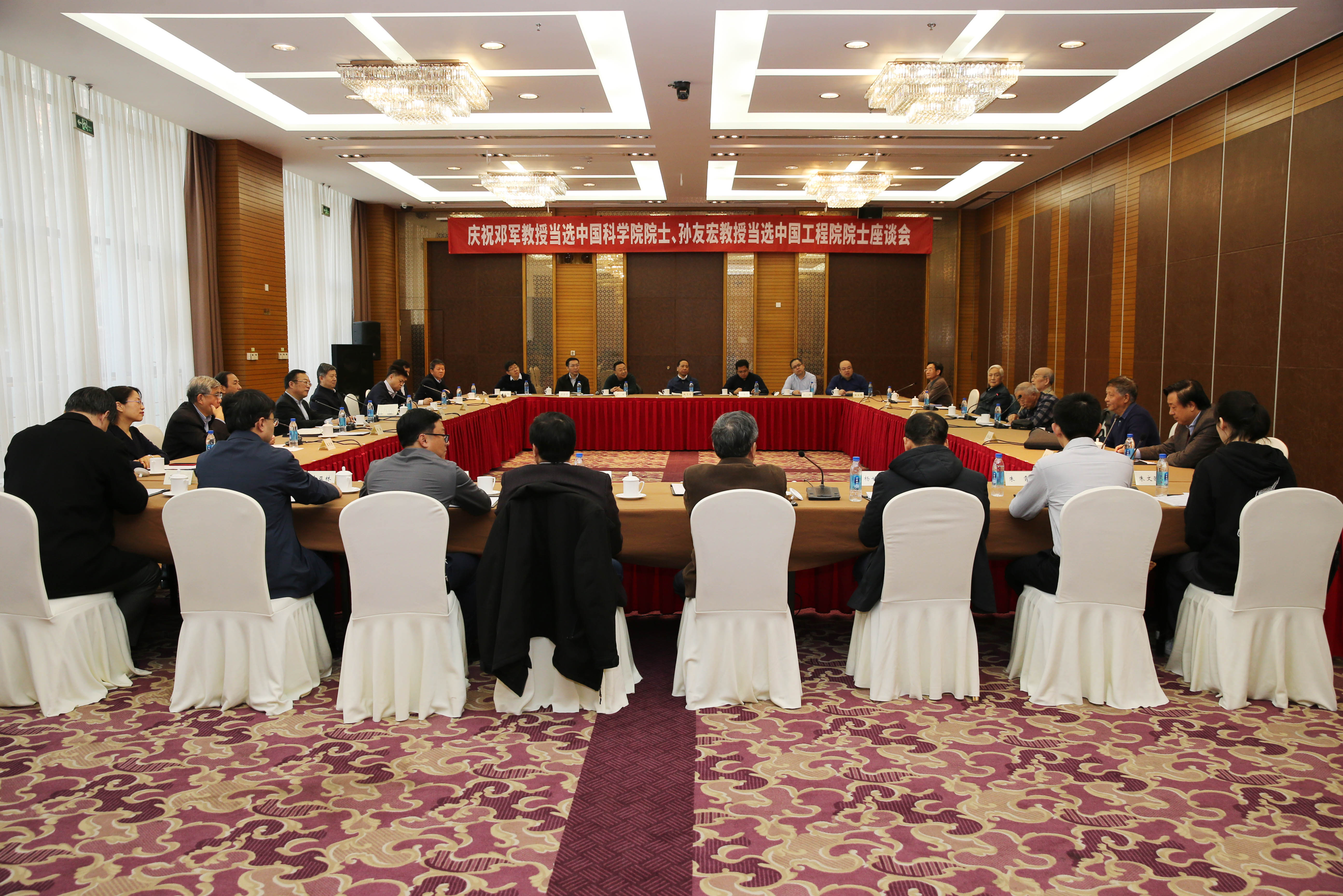 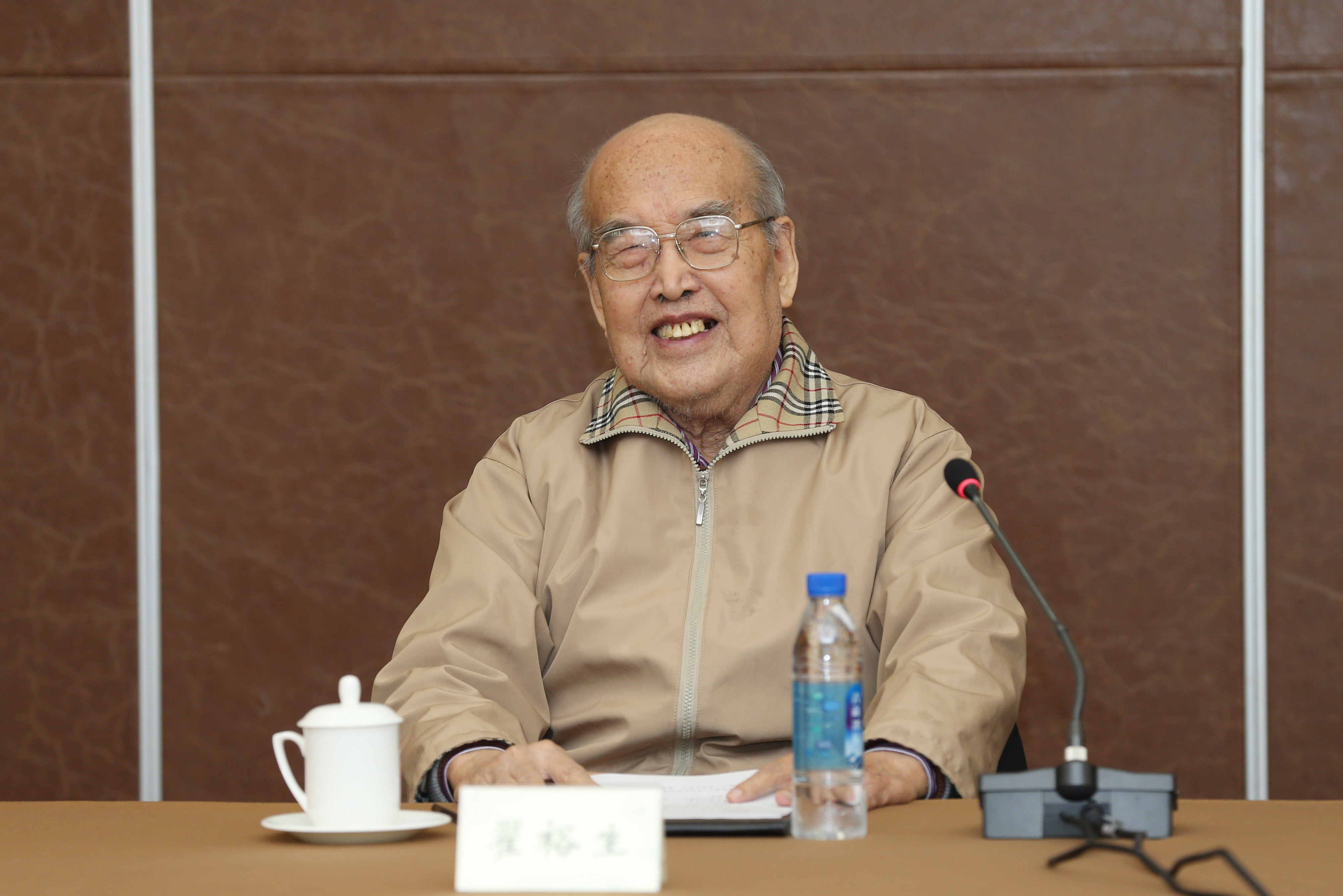 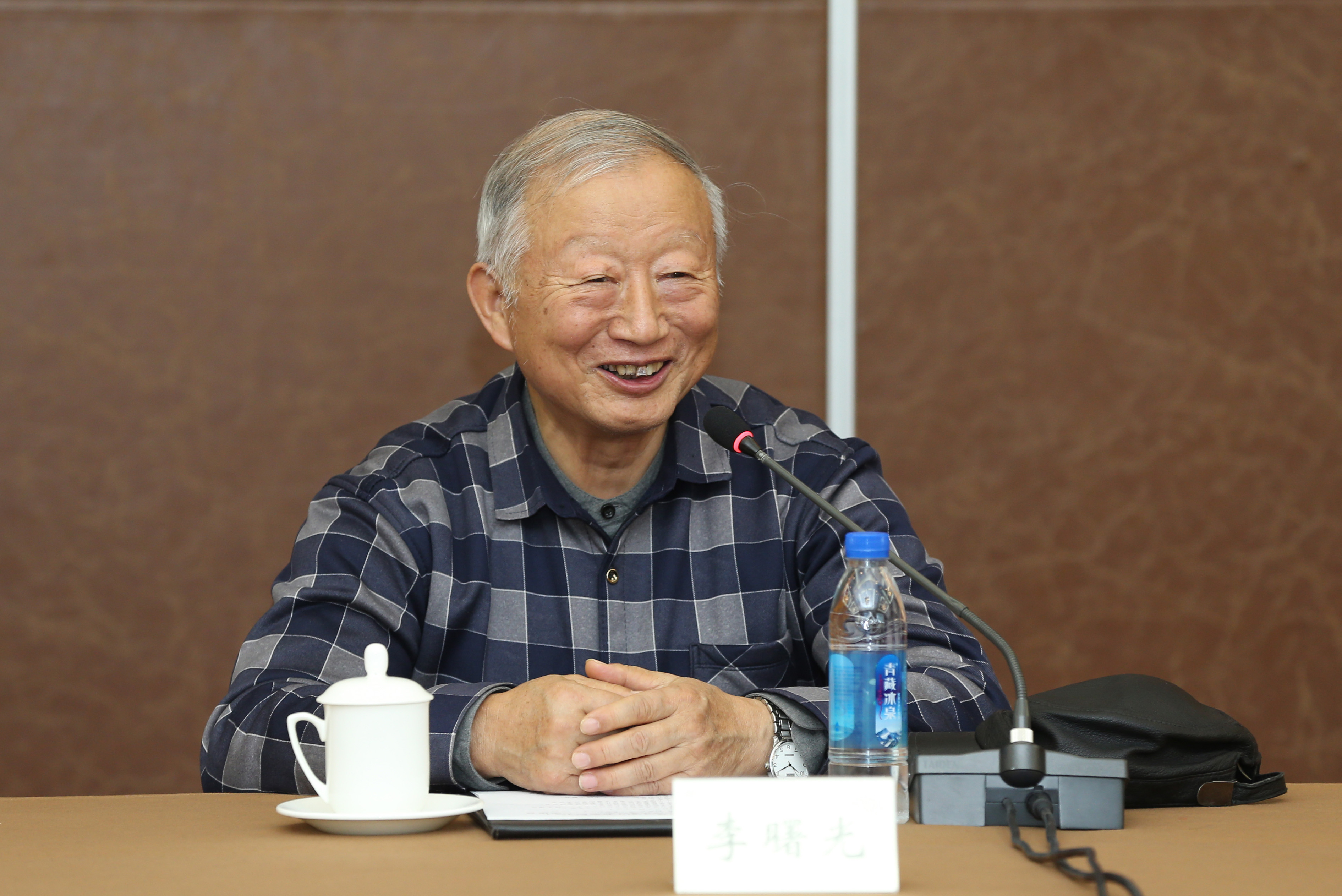 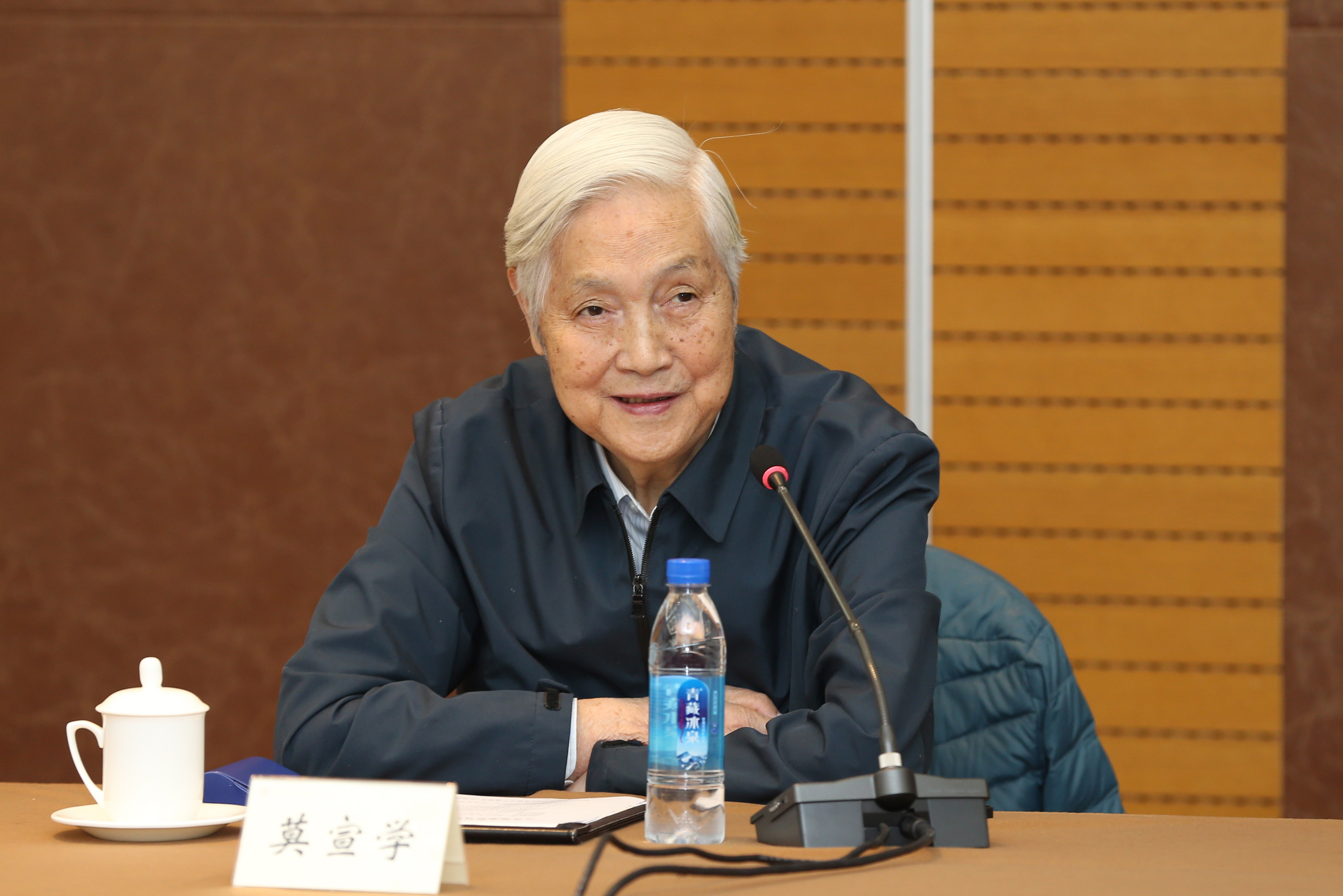 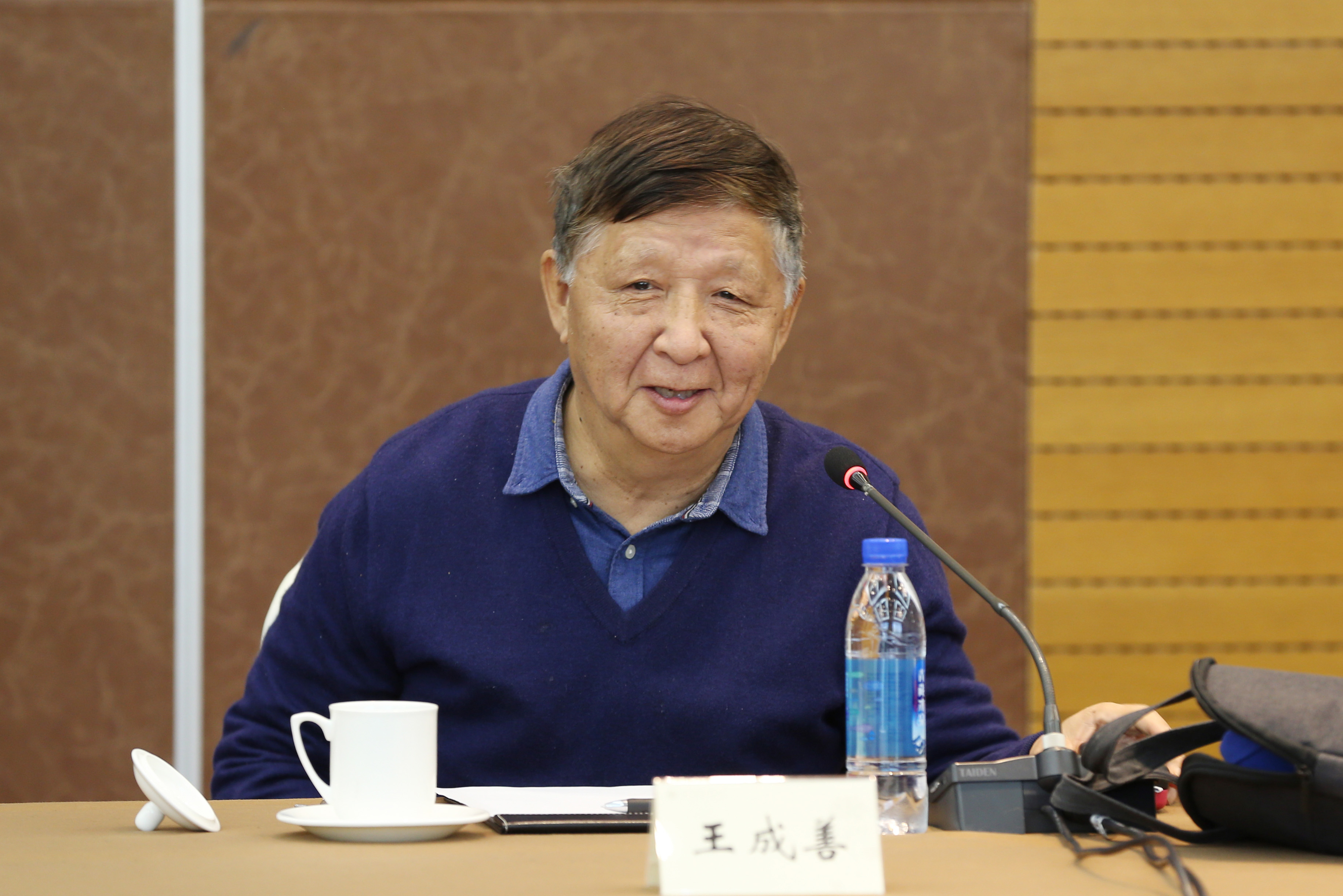 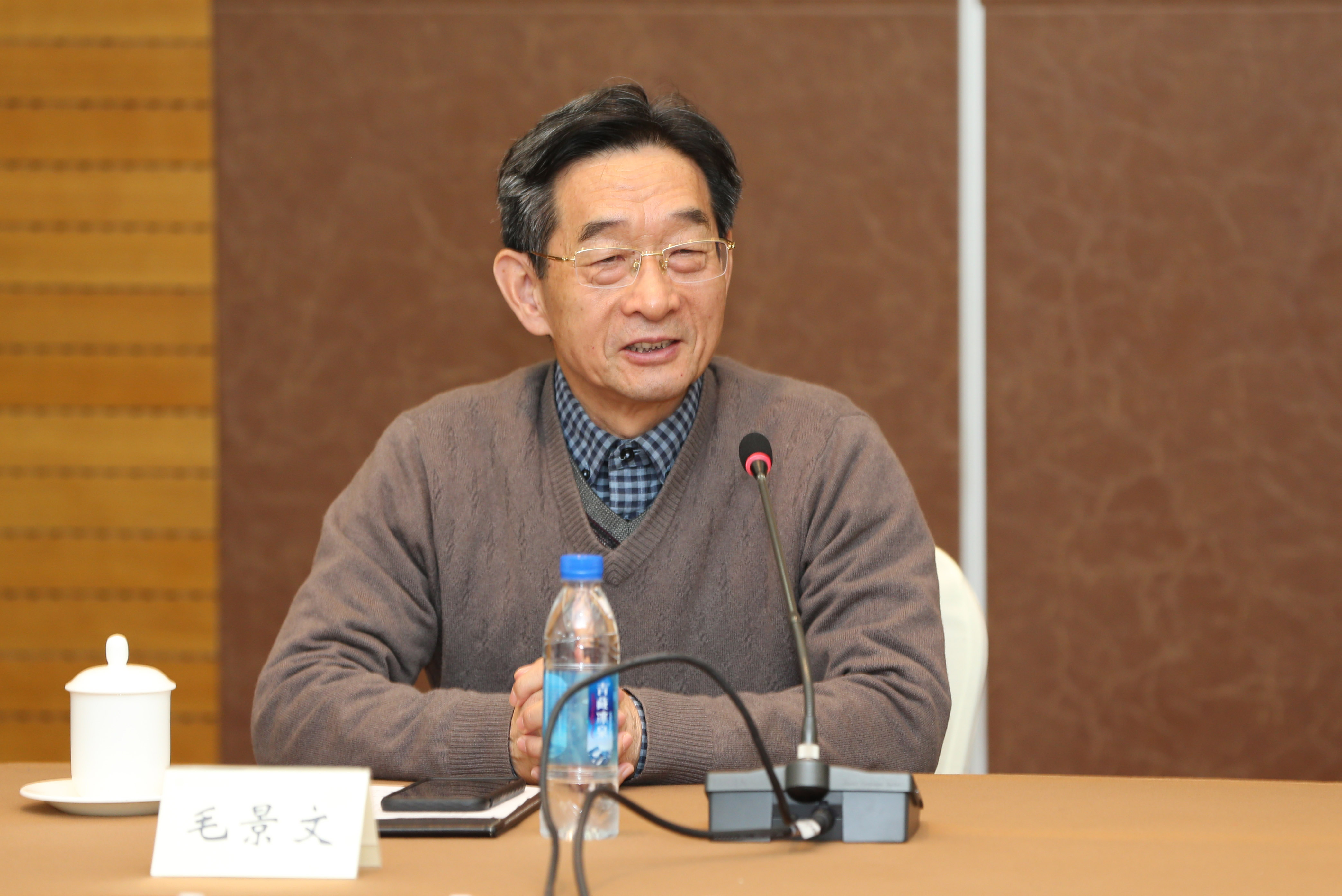 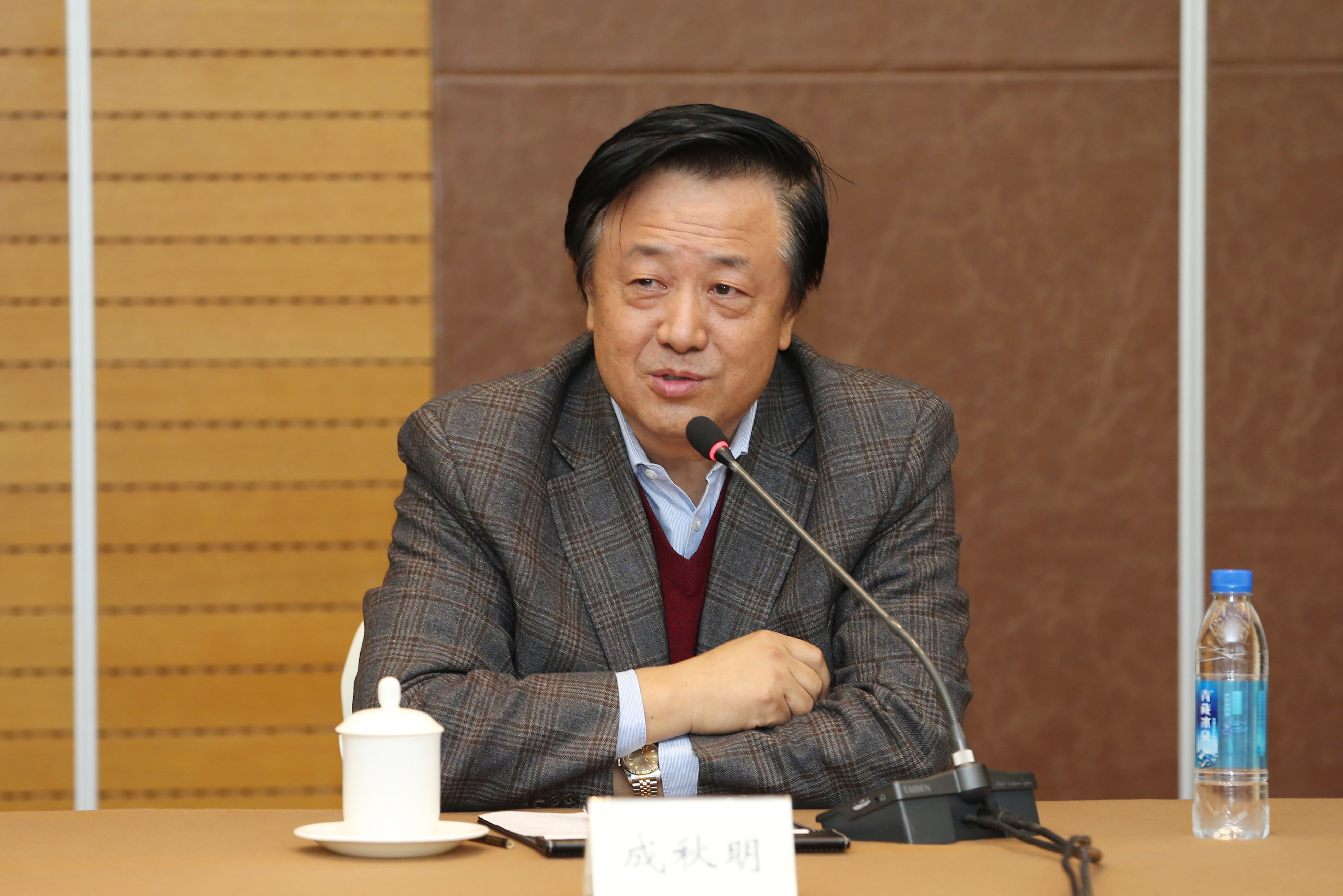 Academician Zhai Yusheng, Li Shuguang, Mo Xuanxue, Wang Chengshan, MAO Jingwen and Cheng Qiuming made speeches respectively, fully recognizing the outstanding contributions of the two newly elected academicians. The Academicians has also raised their high expectations hoping that the two newly elected academicians will give full play to their leading and driving roles in scientific and technological innovation and facing the frontier of science and technology in the world, serve the major needs of the country, innovating in theory and making breakthroughs in application, making greater contributions to the development of national geological cause. It is also hoped that the university will give full play to its advantages and leading role in talent training by Academicans, strive to create a new situation in which talents emerge in large numbers and flourish, and make new progress in disciplines, teams and achievements.

Li Yalin, Dean of the School of Earth science and resources, Xu Xiongneng, Dean of the School of Engineering and Technology, Professor Yang Gansheng, undergraduate student Zhu Xiao, Doctoral candidate Zhu Wenqian expressed in their speeches best wishes and highest respect to the two newly elected academicians and would follow the example of Academician Deng Jun and Academician Sun Youhong, learning from the two academicians' inexhaustible spirit of exploration, rigorous scientific attitude and meticulous work style, to promote the high-quality development of the university at a full speed to cultivate first-class innovative talents in an all-round way, and to strive to become talents of the era worthy of great responsibilities.

Academician Deng Jun and Academician Sun Youhong made speeches successively, expressing their heartfelt thanks to the university, predecessors, faculty and students for their care, support, help and trust. 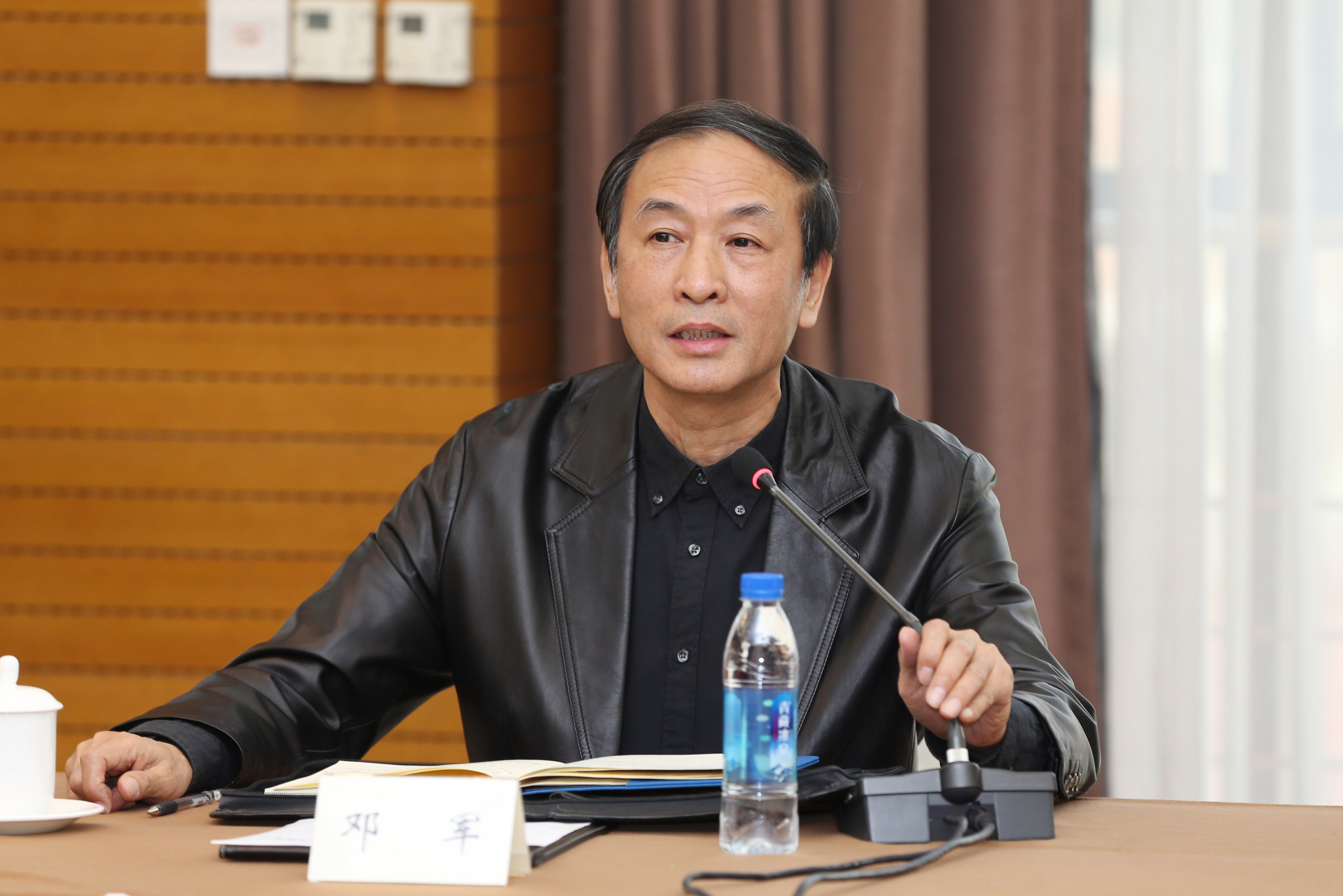 Deng Jun said that it is a new starting point on the road of scientific research being elected as academician. He will cherish the honor and strive to keep up with the pace of previous academicians and lead his team to achieve more innovative achievements, and meanwhile regarding it an important responsibility to discover, cultivate and recommend new talents, and taking it as the greatest honor to cultivate outstanding talents. He expressed his hope to make even greater contributions in the construction “double First-class” of CUGB by giving guidance and help to the up-coming generations as their mentor. 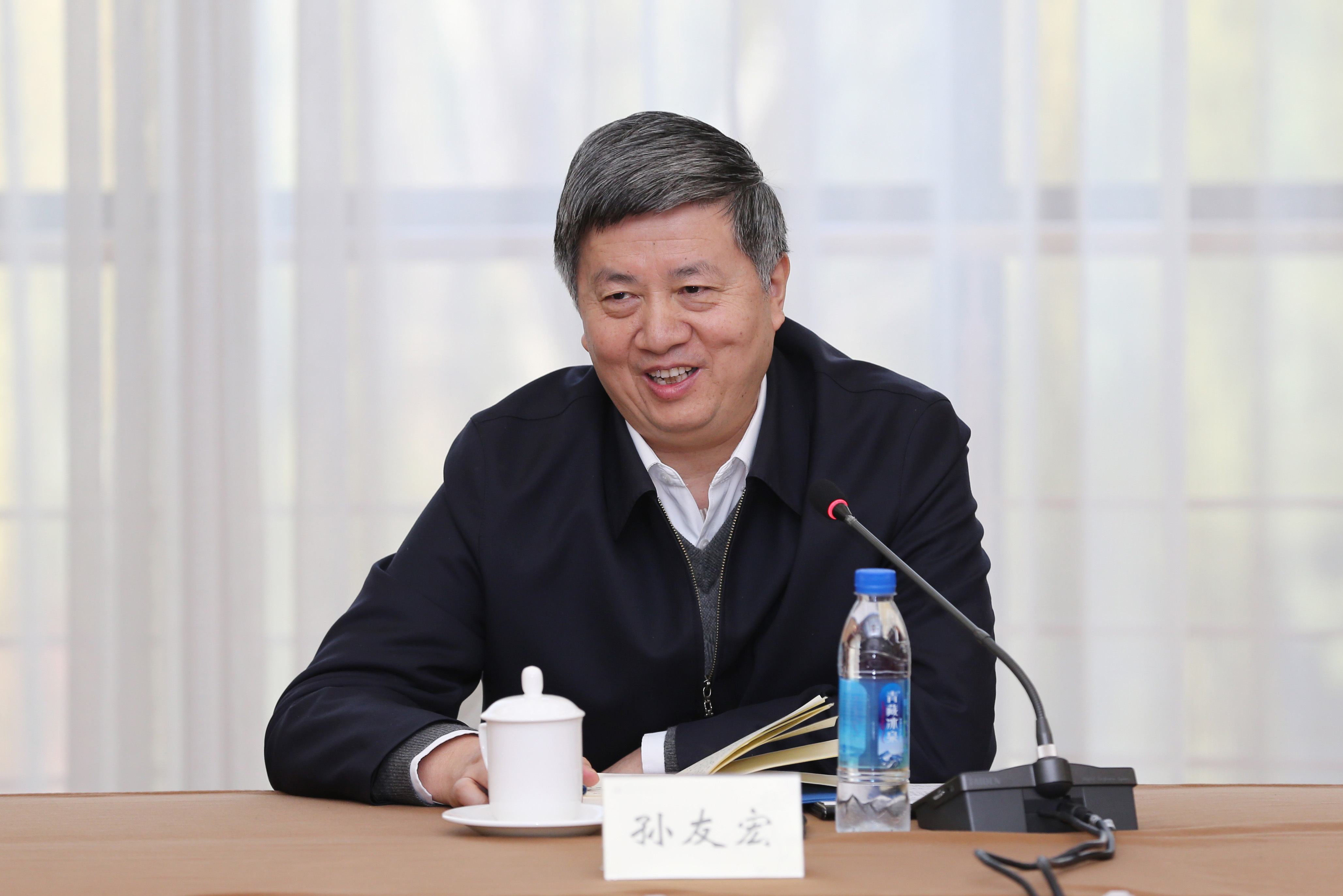 Sun Youhong first expressed his gratitude to the Communist Party of China and the Country for cultivating him in his speech. He then expressed his heartfelt gratitude to his Alma mater friends for their unfailing support and help, and owing his courage and confidence to the support of faculty and students in CUGB and would take actions to show his gratefulness, on the one hand, fulfilling conscientiously the responsibility as president of the university under  the leadership of the Party Committee by lead the faculty and students to strive to build the university a world-class university in the field of earth science; on the other hand, promoting the geological engineering discipline of CUGB to a new level by focusing on the major strategic needs of the country, adhering to scientific and technological innovation, integrating team strength with the four major directions, namely " the sky, the earth, the ocean and the pole region" and actively exploring new fields of drilling engineering to achieve new accomplishments. 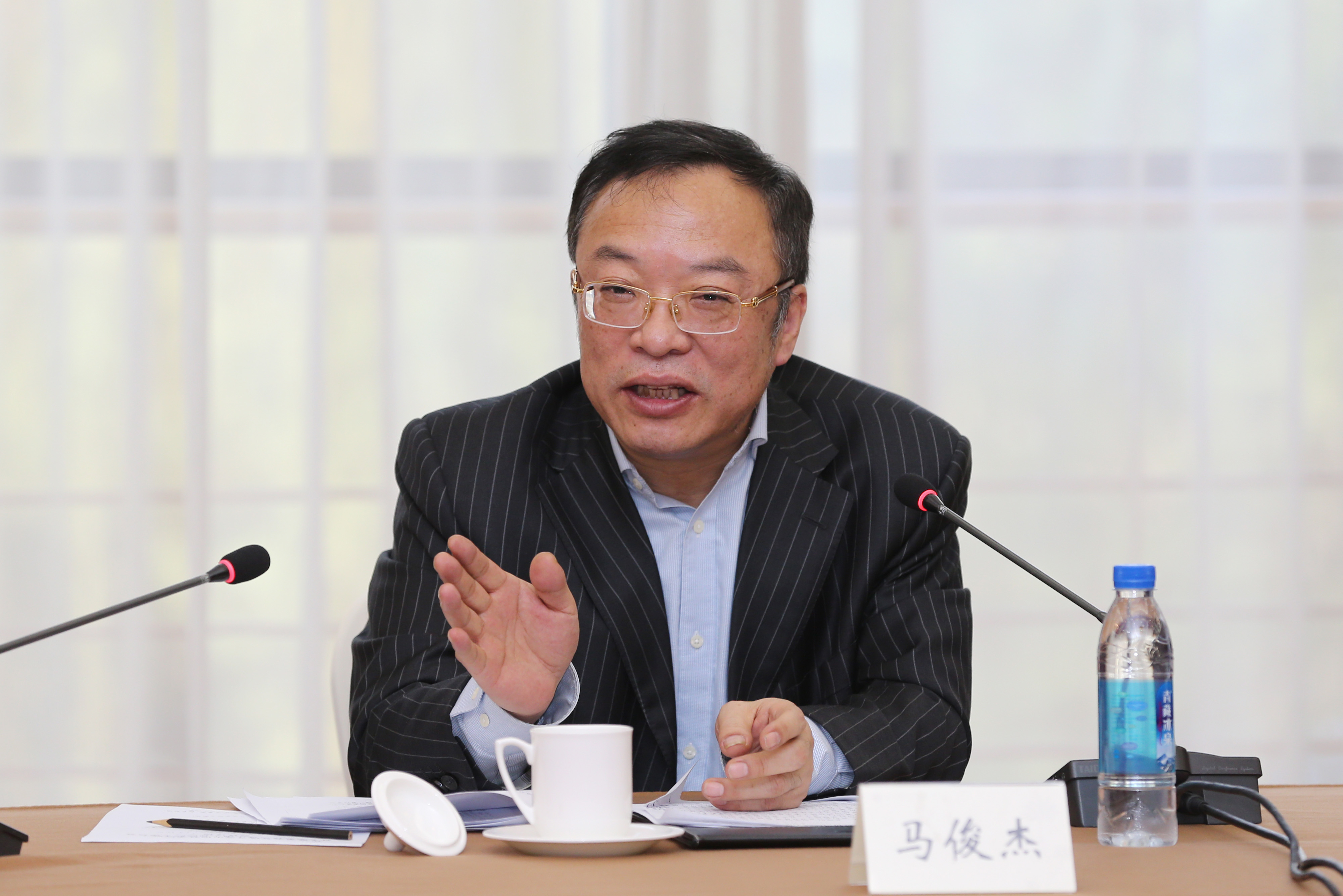 Ma Junjie on behalf of the University, extended warm congratulations to the two newly elected academicians and thanked all the academicians and the faculty for their important contributions to the development of the university over the years. He said that it is not only honor for the two professors to be elected academicians but also glory of the university, which has laid solid foundation for the future development and improvement of the comprehensive educational strength for the university. Ma stressed that the faculty and students should study in-depth the spirit of General Secretary Xi Jinping's important speech at the Central Talent Work Conference and attach great importance to the talent work, adhering to the party's full leadership of talent work, adhere to strategic role of the leading position of talents in development, adhere to the principle of facing the frontier of science and technology, facing the main economic battlefield, facing the major needs of the country, and facing the people's life and health and continue to train and use talents in all areas, deepen reform of the systems and mechanisms for talent development, gather talented people from all over the world and put them to use, create an environment where people are well-informed, loved, respected, and able to use their talents to the fullest extent, and promote the spirit of scientists.

Ma Junjie put forward three hopes: first, the faculty and students of the university learn from the outstanding scientists represented by the newly elected academicians and strive to become learned man who can be the model for the society, learn from their feelings for the mother land and for the people, and their spirit of pursuing truth and conquering all difficulties, and their attitude of adhering to academic ethics and rigorous research; second, academicians will stick to their original aspiration, inherit the fine tradition of serving the country with geology, take on heavy responsibilities in serving the country‘s most urgent needs, adhere to the "four dimensions", set good examples, and keep the enthusiasm for talent training, and scientific research; third, units of the university can improve constantly the service guarantee system to create a cozy environment for the academicians and make it possible for the academicians to focus on their research while having comfortable lives in CUGB with support and caring from all aspects for both life and work. 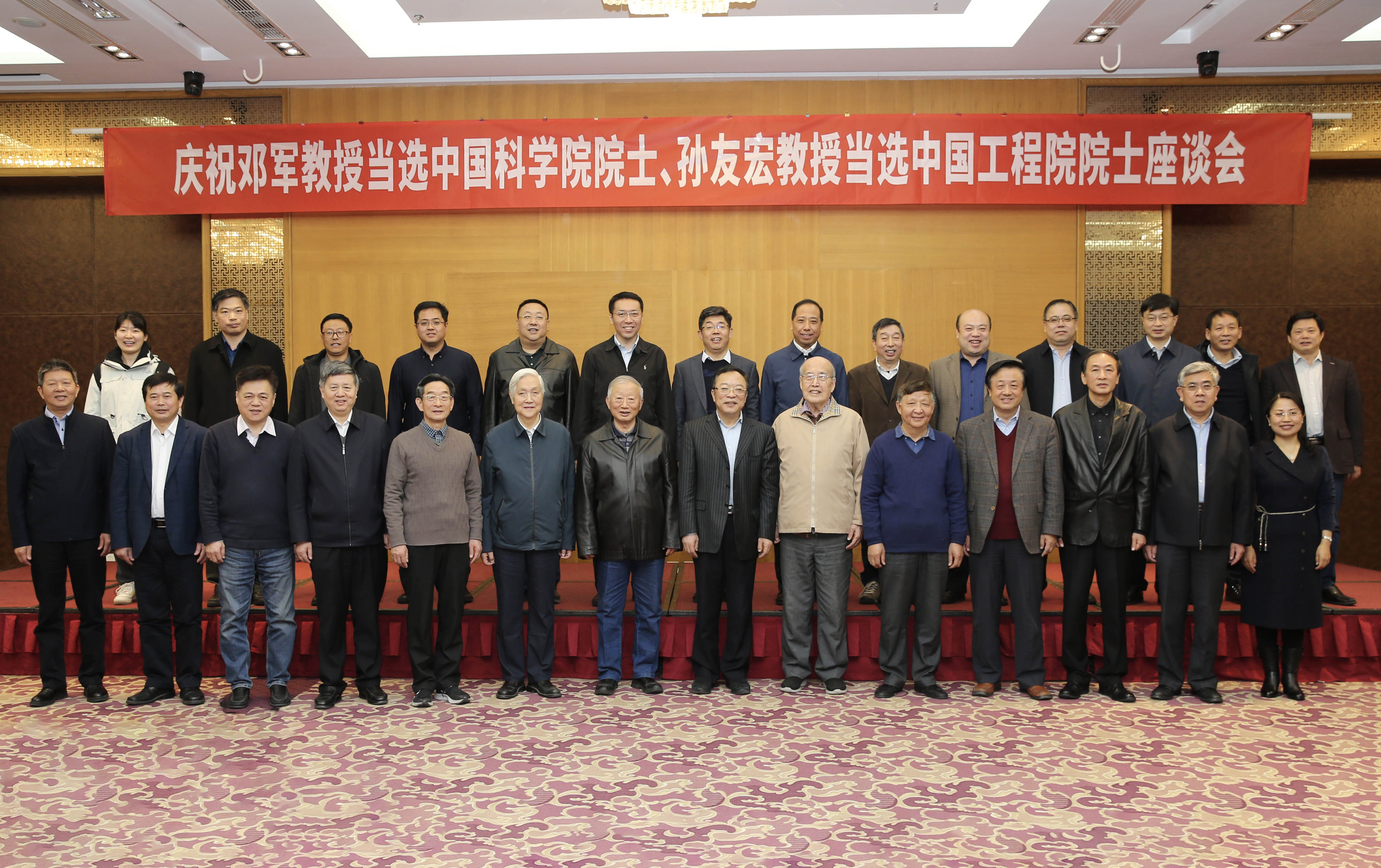